James on participating in the divine nature

I’m going to start leading our small group Bible study through a series on the Letter of James tonight. The thing I am most excited about is that this small group has become increasingly open to dig deeply into the Scriptures and into the dark places of our souls. We seem more willing to share with one another about the things we are struggling with and to keep one another accountable in our walk of faith. That’s what James is all about.

Since we didn’t decide until yesterday that we would be doing this study, I gave them a quick reading assignment to prepare: James 1:1-2 and 5:19-20. James is written to the twelve tribes living in the Diaspora. The people of God who have been scattered. By the end of the letter it is clear that this is no mere geographical designation. It is written to brothers and sisters who have wandered off the path of truth. And it is written to brothers and sisters who are in such a relationship with God that they can be His instruments to steer their wayward family members back onto the path of life.

Peter talks about participating in the divine nature through the promises of God (2 Peter 1:4), and James has his own message along these lines. In the beginning of the letter, James lays out a contrast between our own evil desires that lead to death (James 1:14-15) and the desire of our heavenly Father to give us new birth through his word of truth (James 1:17-18). This divine word is the only thing that can truly inspire us with godly wisdom, save us from the filth around us, and give abundant life to our mortal souls.

By the end of the letter, James presents a picture of the church accomplishing through prayer what only God can do: healing the sick, forgiveness of sins, stopping the rain and making it rain again (James 5:15-18). When we come alongside a wandering brother or sister in Christ and turn them back to God, we participate in the nature of God by saving others from death and covering over a multitude of sins (James 5:19-20). Surely, the prayer of a righteous person is very powerful since it is God who makes it effective (James 5:16).

May we each not forsake our first love (Revelation 2:4). May the love of God well up within us and overflow to all those around us.

I noted yesterday that there was a book review session this week at the Society of Biblical Literature International Meeting in London on Matt Jackson-McCabe’s 2001 publication, Logos and Law in the Letter of James.  What?!

A friend wrote me this morning and said, “It’s 2011. . . Isn’t it a little bit late to be holding a review session on Jackson-McCabe’s “Logos & Law” (pub 2001)? ☺”  Indeed. Why is there now a book review session on this work, ten years after its appearance (13 years if you count the date of its appearance as a doctoral thesis)? It certainly seems a bit odd.

Apparently this panel discussion occurred three days ago, but I haven’t seen any blog postings about it. I’m curious to hear what came of this discussion. For my part, I suggest that the book review submitted by Matthias Konradt in the Journal of Biblical Literature in the Spring of 2003 (vol. 122, no. 1) was quite adequate. I copy here Konradt’s concluding remarks…

Jackson-McCabe has enriched the discussion of the understanding of the “word,” which is important for the general understanding of James, with a new and interesting variant. Especially important in this context is the case he makes for not rashly isolating different strands of traditions. His interpretation of James, however, does not bear critical scrutiny. Contrary to Jackson-McCabe‘s assertion (see, e.g., p.133), the phrase ἔμφυτος λόγος can hardly be proven to be a terminus technicus on the basis of seldom, widely strewn, and—in addition—inexact references. Furthermore, Jackson-McCabe does not discuss other usages of ἔμφυτος at all (Philo, for example, uses this word only in the context of vices). And a passage such as Barn. 9.9 (ὁ τὴν ἔμφυτον δωρεὰν τῆς διδαχῆς αὐτοῦ θέμενος) plays no part in Jackson-McCabe‘s analysis.

However, the fact that Jackson-McCabe does not succeed in invalidating the traditional objections to the Stoic interpretation of 1:21 is more important. That the logos as innate human reason has an external form in the “law of freedom” is hardly a sufficient explanation for the phrase “to receive the logos,” or, respectively, “to hear and do the logos.” To use the terminology of Apos. Con. 8.9.8, the νόμος γραπτός is precisely not what is to be received in James, but rather the ἔμφυτος λόγος itself. Most of all, Jackson-McCabe passes over the traditio-historical roots in the early Christian tradition of 1:18 and 21, which are central to his interpretation. The two-part scheme in 1:21, in which the negative part is formulated with ἀποτίθεσθαι, has a number of early Christian parallels that belong to the context of postconversional instruction (Rom 13:12–14; Eph 4:22–24; Col 3:8–10; 1 Pet 2:1–2), and these are the only occurrences of this scheme. Moreover, Jas 1:18 corresponds closely to 1 Pet 1:23–25 (Jackson-McCabe dismisses it too quickly; see p. 191). This strongly suggests that James has taken over the entire sequence in 1:18, 21 from an early Christian tradition, which interpreted conversion as a (re-)birth through the word of the gospel leading the convert to the truth, and combined this with the admonition to follow this word from now on. In this context, ἔμφυτος is to be read as a reference back to the birth metaphor in 1:18. And the law in Jas 1:25 is not identical with the word or its external form, but rather is one side or aspect of it.

Furthermore, Jackson-McCabe‘s interpretation of the “lights” in Jas 1:17 is hazardous at best. There is no hint at all in the text that James intended to create an analogy between the “lights” and the human race. Finally, 1:18b does not comment on the exalted position of humans in creation, but the ἀπαρχή is the part of God’s creatures set apart for him. Philo (Spec. 4.180) uses the word with reference to the chosen nation (cf. Rev 14:4; 1 Clem. 29.3), and in following this traditional line Jas 1:18 refers to those who became God’s possession by converting to the Christian faith in a similar manner.

Letter of James this week at International SBL 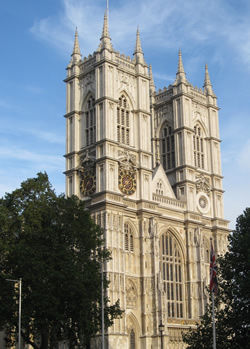 The International Meeting of the Society of Biblical Literature takes place this week at King’s College London, walking distance from Westminster Abbey (right). This year marks the 400th anniversary of the King James Bible, but my interest (as usual) pertains to the Letter of James. Below are the abstracts of papers related to the Letter of James being presented this week at the SBL International Meeting…

The epistle of James addresses itself to “the exiles in diaspora.” This paper suggests taking this framing seriously. Using the psychology of migration developed by John Berry and nuanced by diaspora theorists like Avtar Brah, this paper demonstrates that James proposes a migrant stance of alienation vis-a-vis the community’s relationship with home and host culture. Further, James creates a “diaspora space” (Brah) of an “alien nation,” one that exists in but is “unstained” by the cosmos. The paper goes on to suggest the implications of the proposed migrant stances of James and of other New Testament authors for communities that use these ancient texts as scripture. It argues that the “scripturalization” of texts with different migrant stances as the central identifying referent of a community impacts the identity, political engagement, and world stance of that community, regardless of whether the community is, itself, made of migrants.

The letter of James contains a number of instances of nominative or vocative forms of address in contexts where the addressees are already well established. These expressions often co-occur with what form criticism has labeled “disclosure formulas,” and are sometimes associated with marking boundaries within the discourse. This paper examines the role that semantic redundancy plays in judgments about the discourse function of these expressions. It also considers the role location plays on these judgments, both with respect to the clause and the paragraph. It will be demonstrated that when these expressions are not semantically required, they serve as an alternative means to conjunctions for marking new developments within the discourse, and thus play an important role in delimiting pericope boundaries within the epistle.

Despite the predominantly negative usage of phthonos in Greek literature, including its NT usage, a long-standing consensus understands God to be the subject of the clause with pros phthonon in James 4:5. This paper, following a brief survey of proposed solutions, will present a viable alternative that makes better sense of the syntax of the verse within its immediate context (vv. 1-10).